How to Eliminate Planning Pitfalls 2 and 3 | Winging It & Rigidity 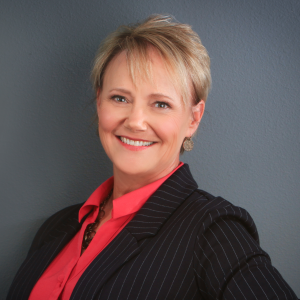 Planning doesn’t have to be hard. By avoiding common planning pitfalls, it can be based more on reality, and maybe even a little enjoyable.

Do you really want to be efficient and effective at planning and accomplishing both short term and long term goals?
When it comes to planning, there are common pitfalls you may encounter along the way. We can’t avoid every pitfall but we can make a concerted effort to be aware of the ones that keep popping up and learn alternatives to encountering them.
Today I want to talk about two pitfalls. Two that basically appear on the opposite ends of the spectrum.
Winging it and Rigidity

I am not a newbie to either of these pitfalls.

Winging It is so against my nature that I found myself extremely out of sorts and got very little done. In my decade and a half of experience with Personal Organizing, I saw a lot of winging it. It doesn’t work well for others either.

I personally am more familiar with Rigidity. I used to be very rigid with how I planned things out and implemented them. My expectations were way crazy and I found this to be impossible to keep up. It caused a lot of discord and stress with others as well as within myself. I was often angry at myself for not getting all the things done I had planned.
Over the years I have learned a lot and found somewhat of a balance between the two.
What a relief!

Before we talk about the pitfalls of rigidity and winging it, let’s be clear on what I mean by a pitfall.

pit•fall pĭt′fôl″ n. An unapparent source of trouble or danger; a hidden hazard

For picture purposes, let’s use a pothole as an example.
When we’re driving down a new road, we’re unaware of upcoming road conditions. We hit a pothole, cringe, and drive on.
However, if we drive the same road every day, we become aware of the potholes and do our best to avoid them. Most likely, we will look at taking a different route.
However, if that’s not possible, we are going to continue using that route and learn where the potholes are so we can avoid them in the future or until they are fixed.

ri•gid•i•ty rĭ-jĭd′ĭ-tē
n. The quality of being rigid; stiffness; inflexibility; absence of pliancy; specifically, in mech., resistance to change of form

Let’s continue with the metaphor of potholes.
In the instance of rigidity, we have created a plan and we are going to stick to it no matter what! We are not going to change our route just because of some dumb potholes.
So, we continue to drive the same road, regardless of all the potholes. What happens is we arrive at our destination angry and upset, we wear the car’s suspension and tires out faster than we need to, and, it’s going to take longer to get where we want to go because we can’t charge full speed ahead.

The Winging It Planning Pitfall

winging it
v. to improvise with little preparation

In the instance of winging it, we would have a basic route in mind, not thought out in any kind of detail, and we would jump in the car and head out to our destination.
Most likely we will reach our destination. However, if we had never been there before, we will probably make many wrong turns, possibly hit a dead end, maybe construction traffic or even rush hour traffic, and most likely, some pretty big potholes.
We have incurred wasted time, stress, possibly suspension and tire damage, and we probably got to where we were going way later than we had planned.
Or, maybe we got lucky and none of those things happened.
I don’t want my life to depend on luck, however.

The Solution to Planning Pitfall 2 and 3

If you tend toward Rigidity, if a plan isn’t working, it’s time to loosen up a bit. The plan may look great on paper and sound great in your head, but in reality, it may need some changes.
Find a different route to take to your destination.
I know it can be hard, but when I have let go of something that just isn’t working and come up with another solution, I have saved time, been less stressed, and in general, happy with the outcome.

If you tend towards Winging It, hang out on the perch for a bit before you fly off to your destination. Take the time to at least create an outline, on paper, of how you are going to get where you want to be and when you want to be there.

Most of us tend one way or another. We learn ways of being early in our lives, and, we are certainly born with certain characteristics.
Change can be scary and it can be hard. Change doesn’t mean our way is wrong. It just means there may be ways to improve the way we go about things.

“Sometimes what you’re most afraid of doing is the very thing that will set you free.”

Change is hard. Boy, do I know.
If you find either of these pitfalls is disrupting the planning and implementation process, I highly recommend you take a different route.

Please let me know in the comments which pitfall you can relate to, and what you will do to avoid it.

with great organizing advice
get it here
Scroll to Top
We use cookies to ensure that we give you the best experience on our website. Bu continuing to use this site we will assume that you are fine with the use of cookies...Ok